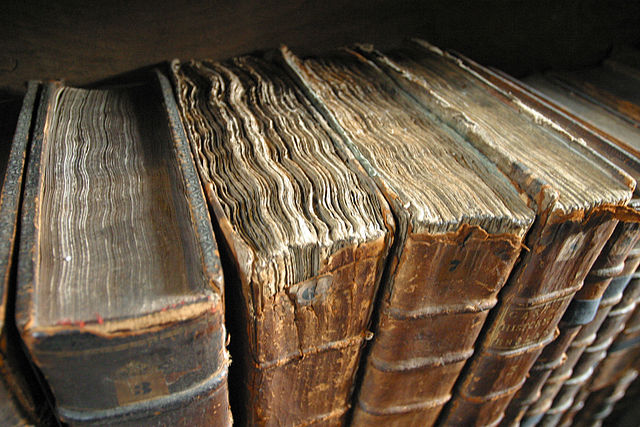 “But what are our stories if not the mirrors we hold up to our fears?”
~ Wally Lamb, I Know This Much Is True

I’ve been thinking a lot lately about the stories we tell ourselves. Stories about who we are, fabrications based on where we’ve been or how others have defined us or decisions we’ve made – and often remade multiple times in a frustratingly repetitive pattern.

We weave our lives into tidy, predictable narratives using our pasts as scaffolding for plot lines and character development and story arcs. Often without even realizing we’re doing so.

We’re wired for such things.

I do this. All the time. Realizing later that my experiences, even the ones I curse and claim to despise (especially those ones) are intimately tied to the stories I’m perpetuating in my mind.

I’ve spent a lot of time over the years telling myself things about who I am, passing them off as truth, relying upon past experiences as evidence that my assertions are accurate.

And then wondering why things don’t change.

But things won’t change until you change your perception of how they are, how they were, what they mean – about you, about the world, about your place in the universe.

Because the world reflects back to you exactly what you believe about it.

Which is not always a fun thing to acknowledge. Because doing so makes you inescapably responsible for the co-creation of your life. Responsible in a way that the perpetuation of old narratives and static identities and outdated belief systems doesn’t demand.

Even when our story brings us more pain than joy, more heartbreak than love, we often stay stuck in it. Because it’s familiar by now, and we are reluctant to forfeit the comfort of that familiarity. Regardless of how much suffering we endure as a result.

Change is effing scary, you guys.

And abandoning a story you know by heart requires you to rewrite your version of the plot, revise your interpretation, and rewire your understanding of its implications.

Which is not easy. At all.

But it is worth it.

I’ve been actively engaged in this process for over a year now, relying heavily upon mindfulness practices – including meditation, journaling, and acupuncture – to heighten my awareness of my own story and the ways in which I unconsciously perpetuate its existence in an unhealthy, stagnating fashion.

And I’ve felt pretty proud of my progress.

This weekend, however, my own outdated beliefs – beliefs I honestly thought I’d largely redefined and left behind – were unexpectedly reflected back to me with such lucidity and simplicity that ignoring the truth – the lesson – was decidedly impossible.

This person said something I’ve told myself a million times in my head, but hearing it from someone else’s mouth left me feeling angry and defiant and blaming. Because clearly it was HIS FAULT. Even though I’m the one who’s been perpetuating the story that makes his statement true.

A story about being undervalued and unappreciated, about martyrdom and victimization, about standing on the outskirts of desire, of acceptance, of love.

A story I am SO TIRED of telling.

I’ve healed and rewritten and reframed this story in several areas of my life, but this weekend’s surprising interaction revealed to me a very important part of that plotline I have yet to address.

A new direction towards which to focus my attention, it seems.

That’s how this process works. It spirals upward, bringing us into repeated contact with the same themes presented as similar obstacles, reflections of the same struggles wrapped up in a variety of unmistakably similar packages.

And this is how you go about changing your self-told story. You start telling it differently and changing the beliefs to which you subscribe as a result of the story to which you’ve been clinging. Little by little. By waking up to truth and diving head first into awareness and refusing to continue being complicit in the constant retelling of a narrative that has grown stale.

Because you’re better than that. And you know it.

But things will feel a little bit different each time and you’ll take notice of previously unseen aspects of your experience, and that’s how you know you’re making progress.

And sometimes this journey brings you to a place that leaves you feeling seemingly worse off than when you started, like somehow the pieces of your life no longer fit together comfortably.

This is good! That square-peg-in-a-round-hole feeling means you’re on the right track. Because sometimes when you change and fundamentally revise your interpretation of your own story, it takes the universe some time to catch up.

And that’s when you’re asked to be patient.

And kind to yourself.

And to trust in the process.

And to put your apocalypse team on speed dial.

Also, hot baths. And Coconut Bliss. In that order.