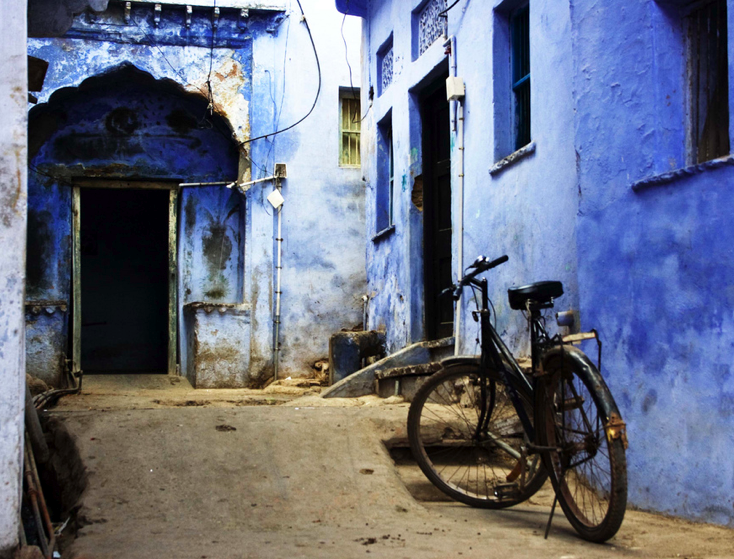 “Beware of allowing a tactless word, a rebuttal, a rejection to obliterate the whole sky” ~ Anaïs Nin

Confession:  I’m kind of a fixer.

I love to smooth things over. Tie up loose ends. Come to a reasonable and harmonious solution that magically satisfies everyone involved. Wrap it all up in a neat little package so that nobody gets hurt and nobody’s at fault and everything’s pretty and perfect, maybe with some hugging and some laughing and possibly some tears because it was all so silly and how was there ever a conflict at all???

Maybe it’s the Virgo in me. I don’t know.

But theoretically we (Virgos) are all a little obsessed with order and perfection and keeping things – literally and figuratively – tidy. And since I’m not a huge neat freak (exhibit A:  my apartment, which is a bit of an exercise in organized chaos), my personal life tends to bear the brunt of my efforts to keep things clean and precise and clearly delineated.

Except this rarely – if ever – actually happens. Because emotions are messy and people are complicated and relationships are really effing difficult.

A couple of weeks ago, I wrote at length about relationships as tools for spiritual transformation; in the meantime, I’ve done a lot of thinking about some of the specific life- and spirit-altering lessons I’ve learned in my many years of dating.

Some of which have really surprised me in their simple but profound impact on my life, some that were absolutely paradigm-shifting and soul-shaking in their intensity, and others that I apparently had to learn about twelve hundred times (maaaaybe a bit of an exaggeration here) before they actually sunk in and resulted in tangible changes in behavior or attitude on my part.

Because becoming a more evolved human is hard, you guys.

And sometimes the Universe throws you a bone by tossing you an easy lesson or hitting you over the head with such force you can’t help but get the message. But mostly, this stuff is really difficult to tease out.

And oftentimes, you don’t actually make sense of it until long after circumstances change or a relationship ends or a conflict is resolved.

In addition to being a fixer – the spiritual impact of which I will get to shortly – I am also tirelessly looking for meaning in things. Like, all things. Deep meaning. I can’t really help myself.

This is also annoying. But it’s just kind of part of who I am. And a part of me I’m (very slowly) learning to love.

Because I really do believe that everyone comes into my life for a reason, it’s just that sometimes the lesson is something simple like “Go ride your damn bike” rather than something much more momentous like “Stop sacrificing your needs for the sake of your partner” or “People really will tell you who they are. Believe them.”

(I’d like to thank Oprah for illuminating that last one. Yes. Oprah. Don’t judge.)

I have learned all of these exact lessons throughout the course of my dating life. And there actually is a real ex-partner whose most lasting impact in my life was getting me to finally ride the awesome bike I’d had locked away in a closet for years. Because I was too intimidated to ride it in a city like Portland, where everyone and their mother rides a bike and I didn’t feel quite cool enough to do the same.

Which is ridiculous. Because my bike is rad. And now I’m on that thing all the effing time. And I absolutely love it.

So, thank you, ex-partner who shall remain nameless, for helping me realize what an idiot I was being about the whole ride-my-bike-don’t-ride-my-bike dilemma.

Many of my dating-inspired spiritual lessons, however, have been illuminated as a direct result of my compulsive need to fix things, to talk it out, to make sure we’re all on the same page or that we’ve all at least read each other’s pages so that we understand where everyone is coming from.

Because a lot of folks don’t want to participate in this process. And while I’m a BIG communicator, I’ve dated some serious non-communicators. Which has led me to three significant lessons:

1. Don’t date non-communicators. Just don’t. I spent four years of undergraduate education studying the English language. For me, a relationship with someone who is not willing or not able to engage in relatively regular and intelligent conversation about a variety of topics – which, yes, includes feelings and emotions – is most likely doomed from the start.

The other two lessons go hand-in-hand:

I’ve learned that I can’t force another person to talk to me if he doesn’t want to. And, yes, I’ve encountered dating situations (even in recent weeks) in which the other person was so averse to conversation he actually ignored my request to talk and just disappeared entirely without warning.

(Which, by the way, is cowardly and rude. DON’T DO THIS.)

But in the process, I’ve also learned that I am ultimately responsible for only one thing in these circumstances (and in life in general) – namely, how I behave and express myself, and how I react to the circumstances with which I am presented.

Because it’s easy to assume certain things when something like this happens. This person is an asshole. That person doesn’t care about me at all. This guy is obviously too immature to have an adult interaction. That girl is selfish and unkind and clearly a narcissist.

It’s also easy to take other people’s actions personally and assume they indicate various different things about you as a person, that somehow someone else’s behavior is a direct commentary on your life.

Some guy or girl doesn’t return your phone call or ignores your text message or stands you up and, in doing so, essentially pretends away your existence?

This says nothing about you. I promise. So don’t take it personally.

And don’t waste your time making assumptions or trying to figure out why the other person would do something so seemingly callous. Because, realistically, you have NO IDEA what’s going on.

Maybe he (or she) really is an asshole. Or maybe he’s heartbroken over someone else and doesn’t have the emotional capacity to adequately engage with you at all. Or maybe he’s had a family or work emergency that’s completely crowded out everything else in his life for the time being. Or maybe he’s on a month-long silent meditation retreat. Or maybe he’s trapped under something heavy.

You just don’t know. So stop torturing yourself by taking it personally and assuming the worst and giving this person unwarranted power over you.

Because, at the end of the day, you have to accept responsibility for your own emotional well-being and refuse to allow another person’s less-than-thoughtful behavior dictate how you feel about yourself.

And I know this is WAY easier said than done. Believe me, I know. Because it sucks when someone treats you like you don’t matter.

So, let yourself cry and feel hurt and be sad. But don’t let it convince you you’re any less awesome than you know yourself to be.

People are not always nice. Unfortunately.

But that says a whole hell of a lot more about them than it does about you.

Because when you’re behaving and communicating mindfully and staying self-aware and taking other people’s feelings into consideration even as you’re speaking your truth, this makes you brave. Regardless of how often the other person chooses ease and convenience over courage and honest conversation.

And to the long ago ex-partner who taught me my most important spiritual lesson so far – I am enough without being too much – THANK YOU.

My memory of how fully you accepted and loved me, even in my messiest, most emotionally raw moments – and even though things ultimately ended between us – gives me hope that I’ll encounter that same kind of acceptance and love in a partnership at some point again.

Because we all deserve that.

And I happen to believe that there’s more than enough for everyone.

But that sometimes (most times) you’ve gotta wade through some chaos and confusion and heartbreak to get there.

Still, something tells me it’s totally going to be worth it when we do.

And until then, I’ll be busy preparing for zombies with my apocalypse team. Which will mostly entail eating tacos and drinking bourbon and building businesses and riding bikes and camping and napping in hammocks (ahem, Erin) and having a damn good time doing it.

Because you can’t really prepare for zombies anyway, right??

P.S. Want to read a great book about relationships that will probably leave you questioning everything you’ve ever thought about them up to this point? Try Cheri Huber’s Be The Person You Want To Find: Relationship and Self-Discovery. It just might change your life. Or, at least, your relationships.